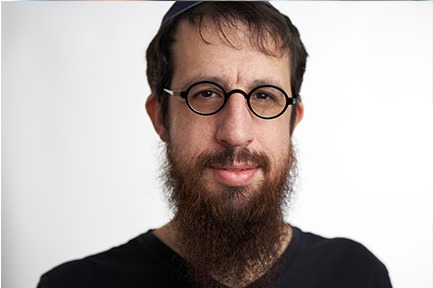 “So I jumped around like a monkey last night in the ICU of Ceder Sinai Medical Center”. (2014)

About 18 years ago, I was a camper in a camp called Machane Menachem. My bunk bed came with a very thin mattress that would be considered a blanket in some countries. Under the mattress were spine-damaging metal springs. Therefor, most campers put a piece of wood under the mattress to prevent caving-bed-scoliosis.

I was one of the lucky few that managed to find a piece of wood AND a second mattress. I was so proud of the ‘luxury’ accommodations that I set up.

One evening I returned to my bunk to find that some Shnowzal Whopper ripped off my second mattress. At that moment my counselor walked in. Holding back tears, I told him what had happened.

Instead of immediately launching a three month investigation, he took a very different route to try to cheer me up. He started jumping around the room like a monkey. Now, instead of holding back tears, I was trying my best to hold back laughter.

I figured if he saw me laughing, he would consider it ‘cased closed’ and not hunt down the mattress thief. It was one of the hardest laughter hold-ins I’ve ever done. That’s why I remember it so clearly. On the inside I was rolling on the floor laughing but somehow maintained my sad face.

In 2014 I went to visit that counselor in the ICU. He’s suffering from ALS. His endless energy and joy is helplessly trapped inside his body. Our only form of communication was a slight thumbs-up for YES and a thumb-shake for NO.

I sat with him for a while telling jokes, reminiscing and singing some songs. On my way out I gained the courage to pay him back for cheering me up 18 years ago.

I jumped around his hospital room banging my chest and making ridiculously loud monkey sounds.

After alarming his nurse and staff in the hallway, I leaned over and asked him if he was laughing on the inside. He gave a thumbs-up. I told him: now we’re even.

My counselor’s name is Yitzi Hurwitz and I hope you’ll join me to Run4Yitzi! The funds raised go straight to pay the bills for his beautiful family.

Your ticket for the: Mendy Pellin – TEAM ULY OP