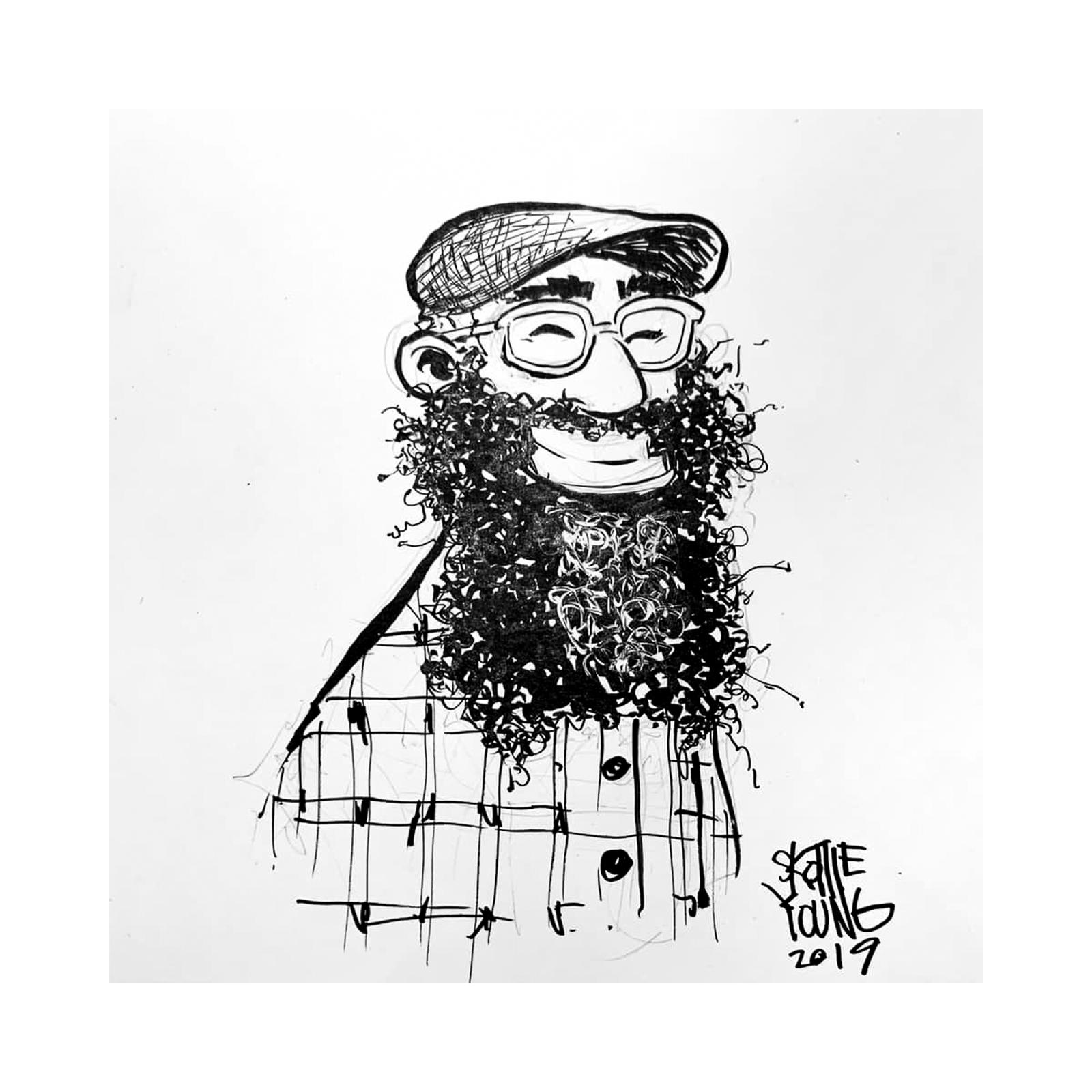 Hello beautiful people!
Prepare for the worst pitch ever (besides for the woman who somehow nailed the cameraman who was like 18 meters away from home plate.)
I’ve known Yitzi since before he was a Berkowitz, wait, no, that’s not right, whatever. Since before he was married. It was at his engagement party (to my sister I might add) that I tried some whiskey for the first time, not that that’s an important milestone, but I have photos to prove it and they’re funny.
As time progressed (during which period I aged rapidly while Yitzi did so gracefully), I watched as his family grew, got to meet and hang out with my wonderful nieces and nephews (they need a plural word for both, get on it Merriam), we even spent some time cow watching (it’s a legitimate job!) and really started to understand what made Yitzi so special.
Yitzi was always “on”, always alive. You know how sometimes you’ll get enough sleep and have a coffee that’s just right, and the weather is perfect and you just feel like talking to everyone and actually at some level caring about every stranger you see? That was Yitzi. But like all the time. If something needed to be done, “sure!!”, if there were people within a shouting distance, Yitzi was talking to them (yet somehow never annoying).
And Yitzi was one of those people who are just good at things. Great at singing, at guitar, at dancing, sports, talking, joking, learning, being. Maybe thats’ the thing I noticed most, he was just very comfortable “being”, comfortable with who he was.
We were working together at the cow farm when he first noticed symptoms. Speech was sometimes hard to get out, sometimes slurred. I think that was the first sign. And they went from test to test trying to figure out what it was.
I didn’t know what to think when the diagnosis came back. I think I was embarrassed to even have any thoughts of my own on it.
At some level I thought, “well, it was a good run”, not giving up G-d forbid, but thinking that all those things that made Yitzi so great, that well, they’ll just be shelved for now, until he’ll be healed.
Well that healing hasn’t yet happened, but no one would ever have expected what came next. In his silence Yitzi spoke to more people than he ever had with his voice.
From his bed, with his eyes, Yitzi has changed more lives and affected more people that most can ever dream of.
At the same time, watching my sister and her family was and is heartbreaking and beautiful. I’m sure you can imagine, or try to, I won’t type it out. Maybe I can’t, or just really don’t want to.
One thing they do need is money. Fortunately or un, money really helps. It helps pay for nurses (which is huge), food for the family, care, continued schooling for the children, etc. It’s a LOT of money, but it’s really really worth it.
I don’t entirely understand the idea of running (or jumping or biking or…) for charity, like why not just ask for the money. But I do know that it works, it gets the fundraisers excited, and the funders as well (maybe? Hopefully?).
Honestly I was planning on running this marathon before I thought to join (as I’m doing one in Huntington Beach, CA and didn’t think I would be allowed to join this awesome team), so I can’t even be like “look what I’m doing for Yitzi!”, and I probably shouldn’t say that, but, well, I like honesty, usually.
So please, give what you can, and know that you are truly making the world a brighter place.
With love,
Zalmy Berkowitz

Your ticket for the: Zalmy Berkowitz – Surf City Marathon